Data Insertion and Data Persistence in a Vector Database

Learn about the mechanism behind data insertion and data persistence in Milvus vector database. 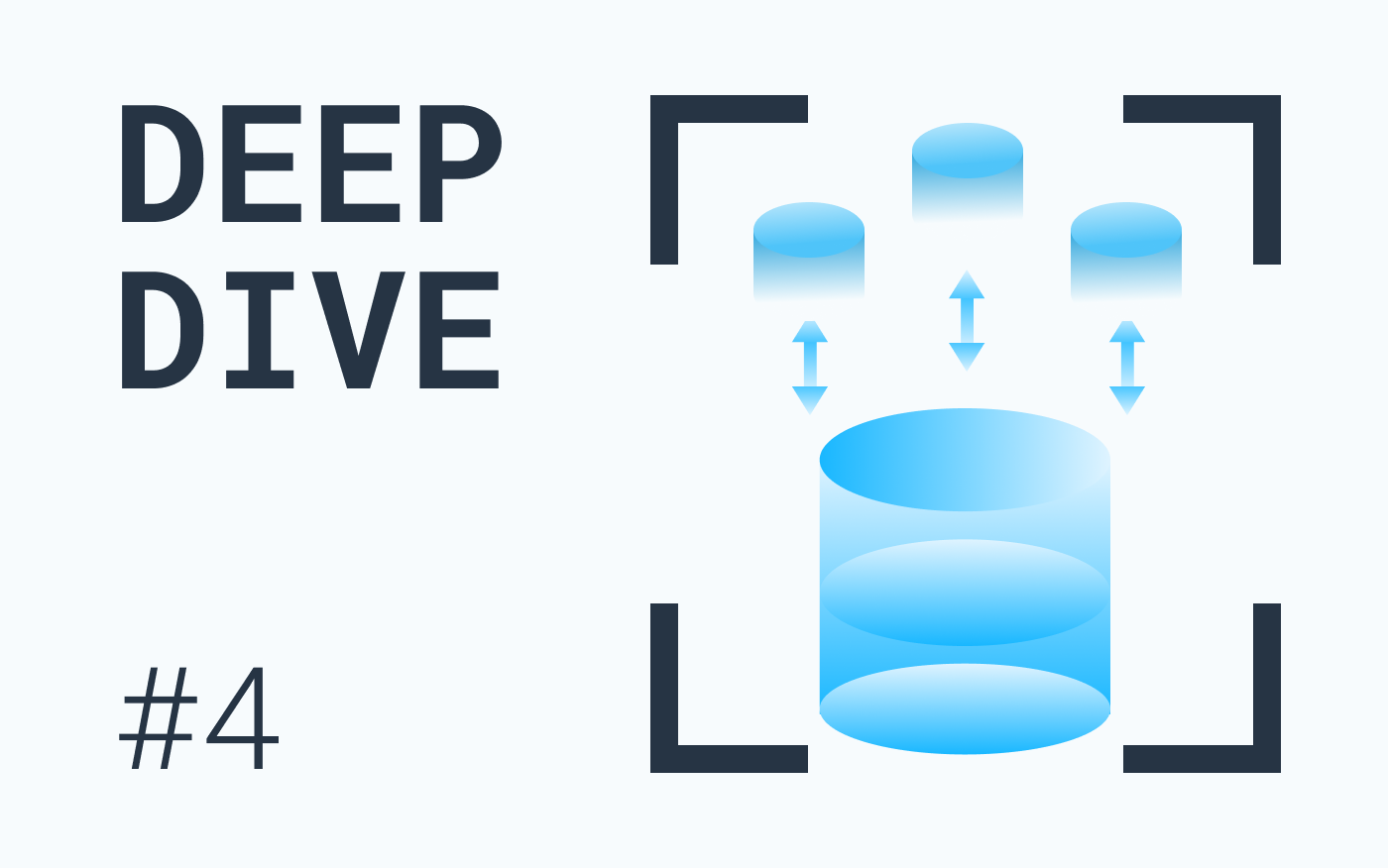 This article is written by Bingyi Sun and transcreated by Angela Ni.

In the previous post in the Deep Dive series, we have introduced how data is processed in Milvus, the world's most advanced vector database. In this article, we will continue to examine the components involved in data insertion, illustrate the data model in detail, and explain how data persistence is achieved in Milvus. 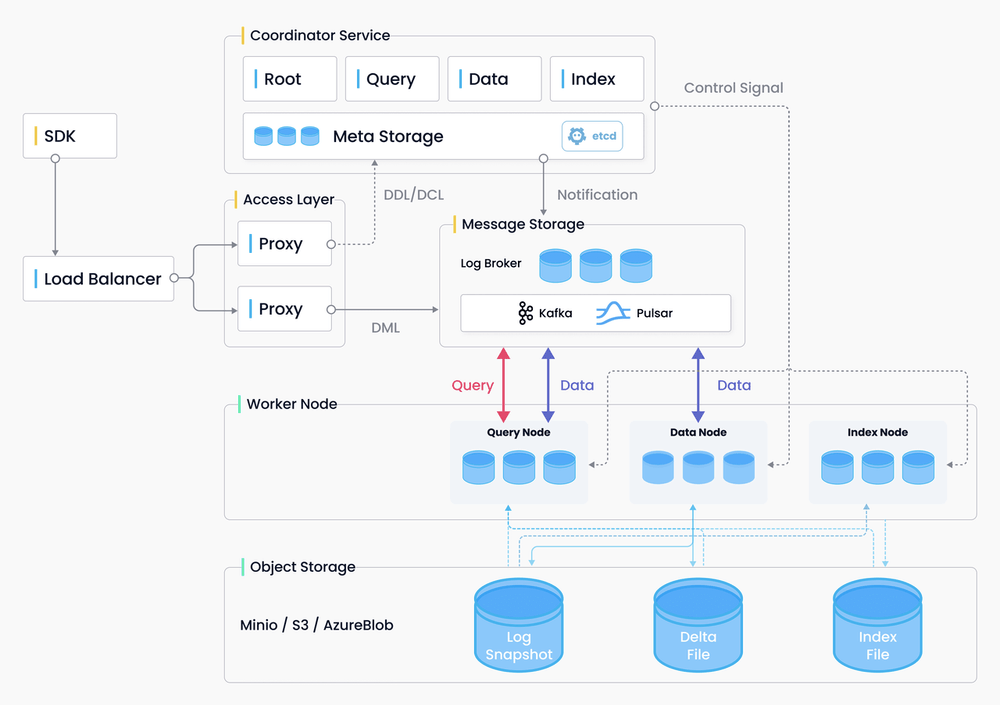 Worker nodes, including query node, data node, and index node, consume the requests from message storage. More specifically, the query node is in charge of data query; the data node is responsible for data insertion and data persistence; and the index node mainly deals with index building and query acceleration.

The portal of data insertion requests 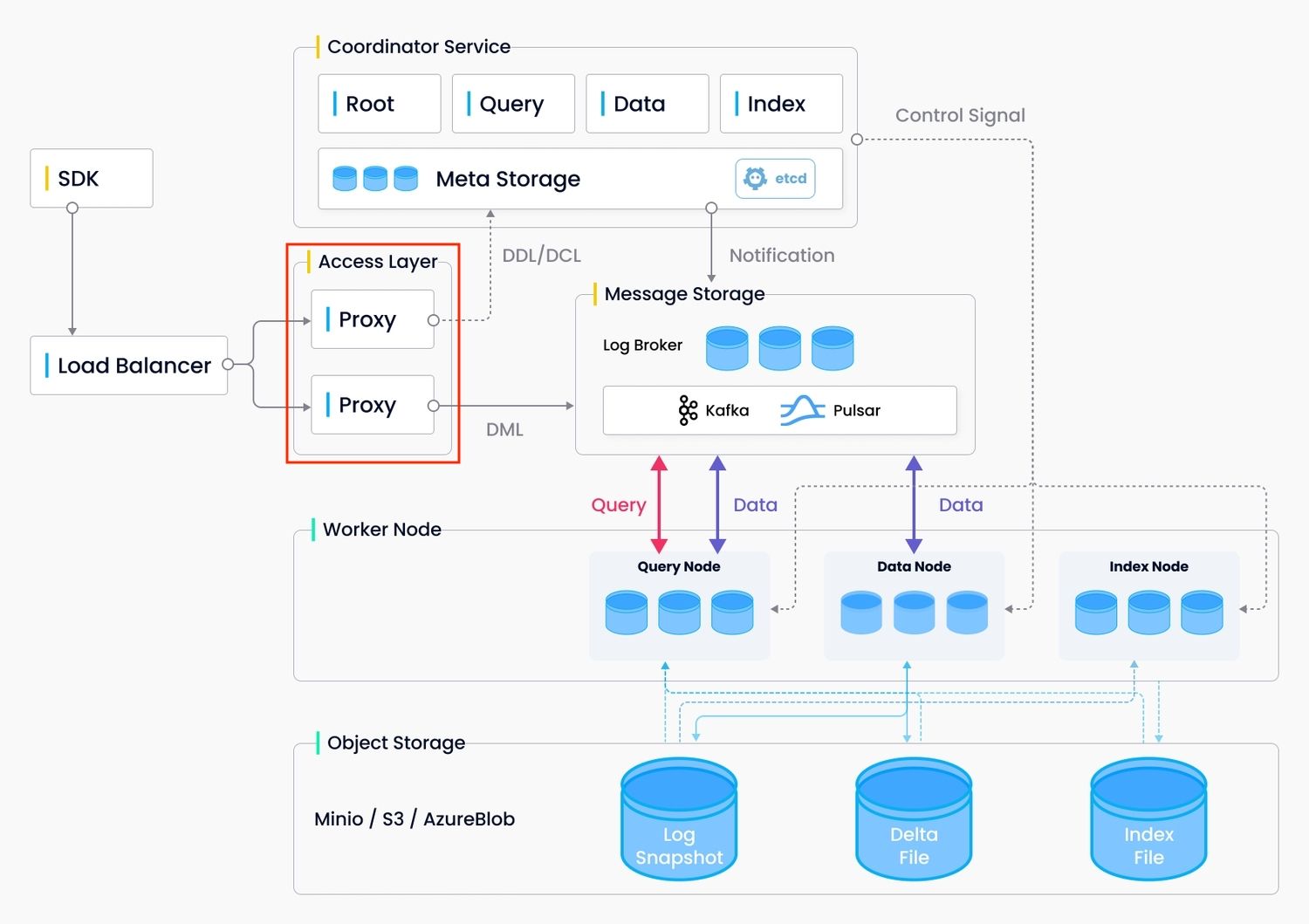 Proxy serves as a portal of data insertion requests. 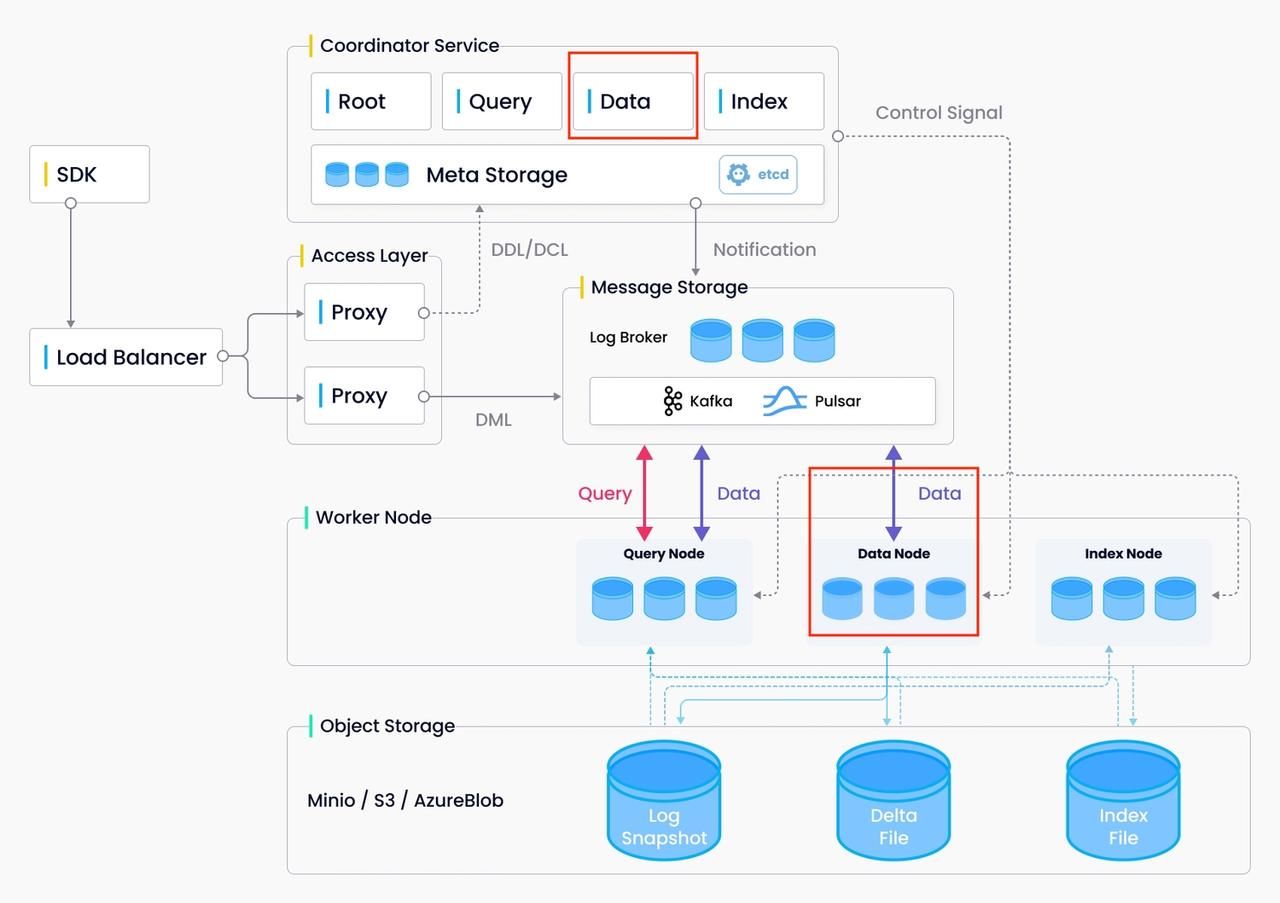 If the segment is full, the data coord automatically triggers data flush.

A collection can have multiple vchannels. Data coord determines which vchannels are consumed by which data nodes.

Data node consumes data from the channels allocated by data coord and creates a sequence for the data.

As shown in the image above, the collection has four vchannels (V1, V2, V3, and V4) and there are two data nodes. It is very likely that data coord will assign one data node to consume data from V1 and V2, and the other data node from V3 and V4. One single vchannel cannot be assigned to multiple data nodes and this is to prevent repetition of data consumption, which will otherwise cause the same batch of data being inserted into the same segment repetitively.

Root coord manages TSO (timestamp Oracle), and publishes time tick messages globally. Each data insertion request has a timestamp assigned by root coord. Time Tick is the cornerstone of Milvus which acts like a clock in Milvus and signifies at which point of time is the Milvus system in.

When data are written in Milvus, each data insertion request carries a timestamp. During data consumption, each time data node consumes data whose timestamps are within a certain range. 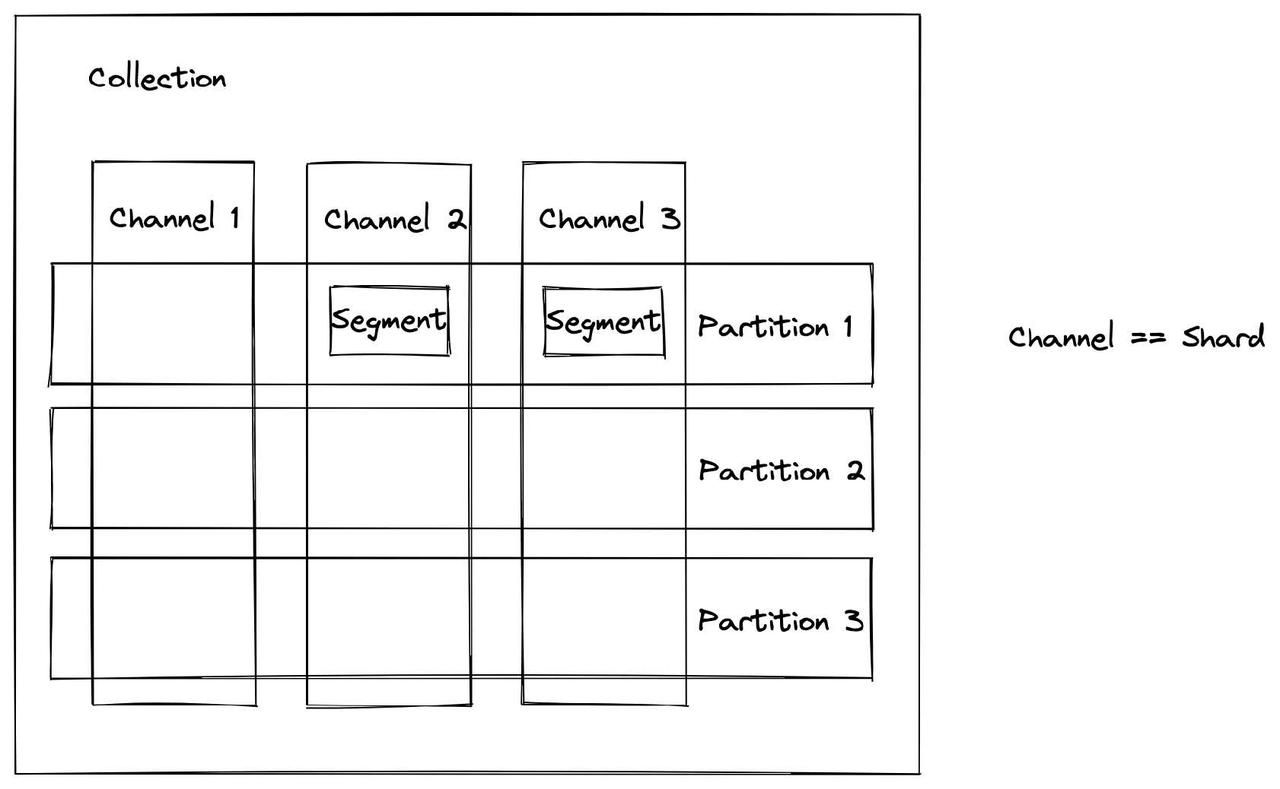 Read this article first to understand the data model in Milvus and the concepts of collection, shard, partition, and segment.

In summary, the largest data unit in Milvus is a collection which can be likened to a table in a relational database. A collection can have multiple shards (each corresponding to a channel) and multiple partitions within each shard. As shown in the illustration above, channels (shards) are the vertical bars while the partitions are the horizontal ones. At each intersection is the concept of segment, the smallest unit for data allocation. In Milvus, indexes are built on segments. During a query, the Milvus system also balances query loads in different query nodes and this process is conducted based on the unit of segments. Segments contain several binlogs, and when the segment data are consumed, a binlog file will be generated.

There are three types of segments with different status in Milvus: growing, sealed, and flushed segment.

A growing segment is a newly created segment that can be allocated to the proxy for data insertion. The internal space of a segment can be used, allocated, or free. 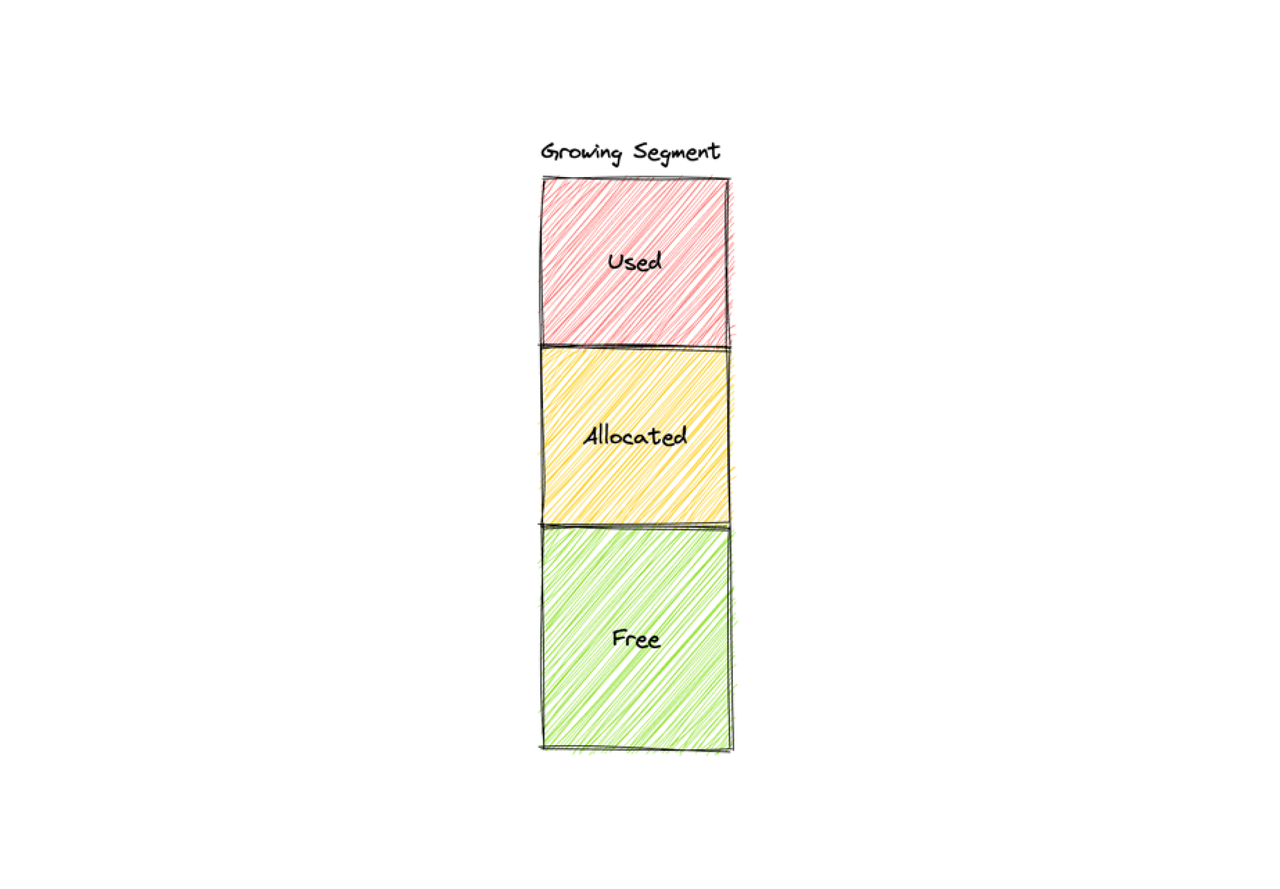 A sealed segment is a closed segment that can no longer be allocated to the proxy for data insertion. 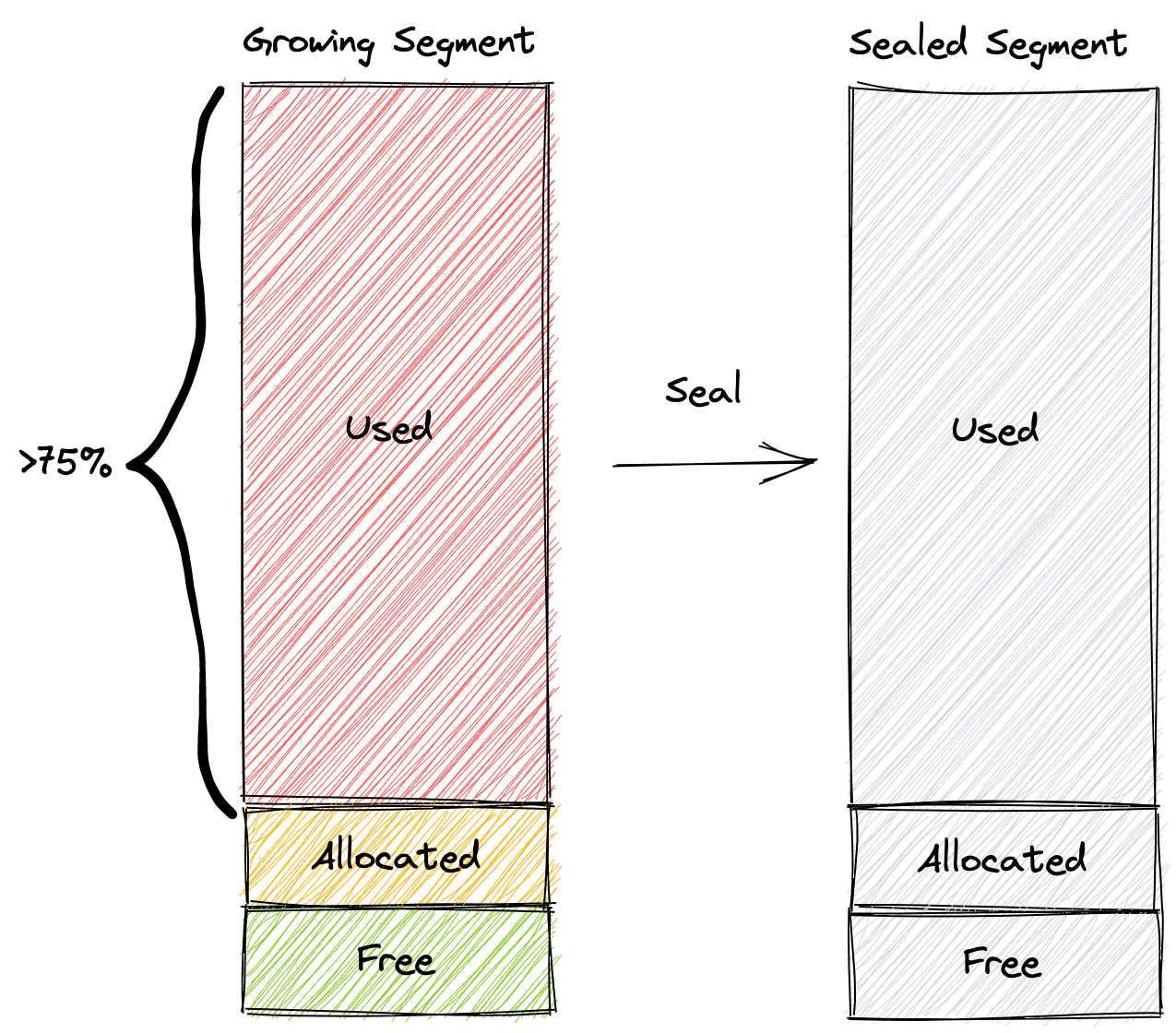 A growing segment is sealed in the following circumstances: 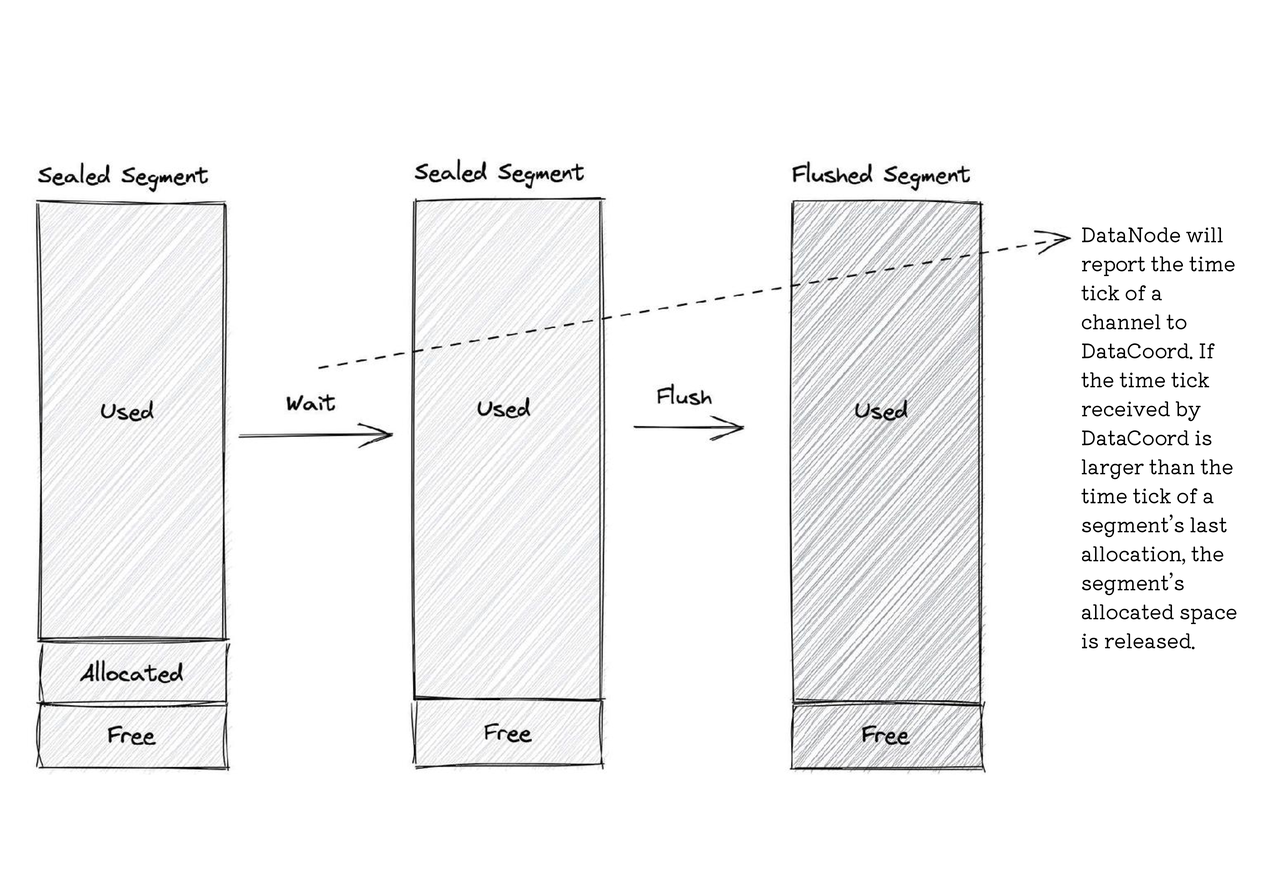 A channel is allocated :

Then there are several strategies of channel allocation. Milvus supports 2 of the strategies: 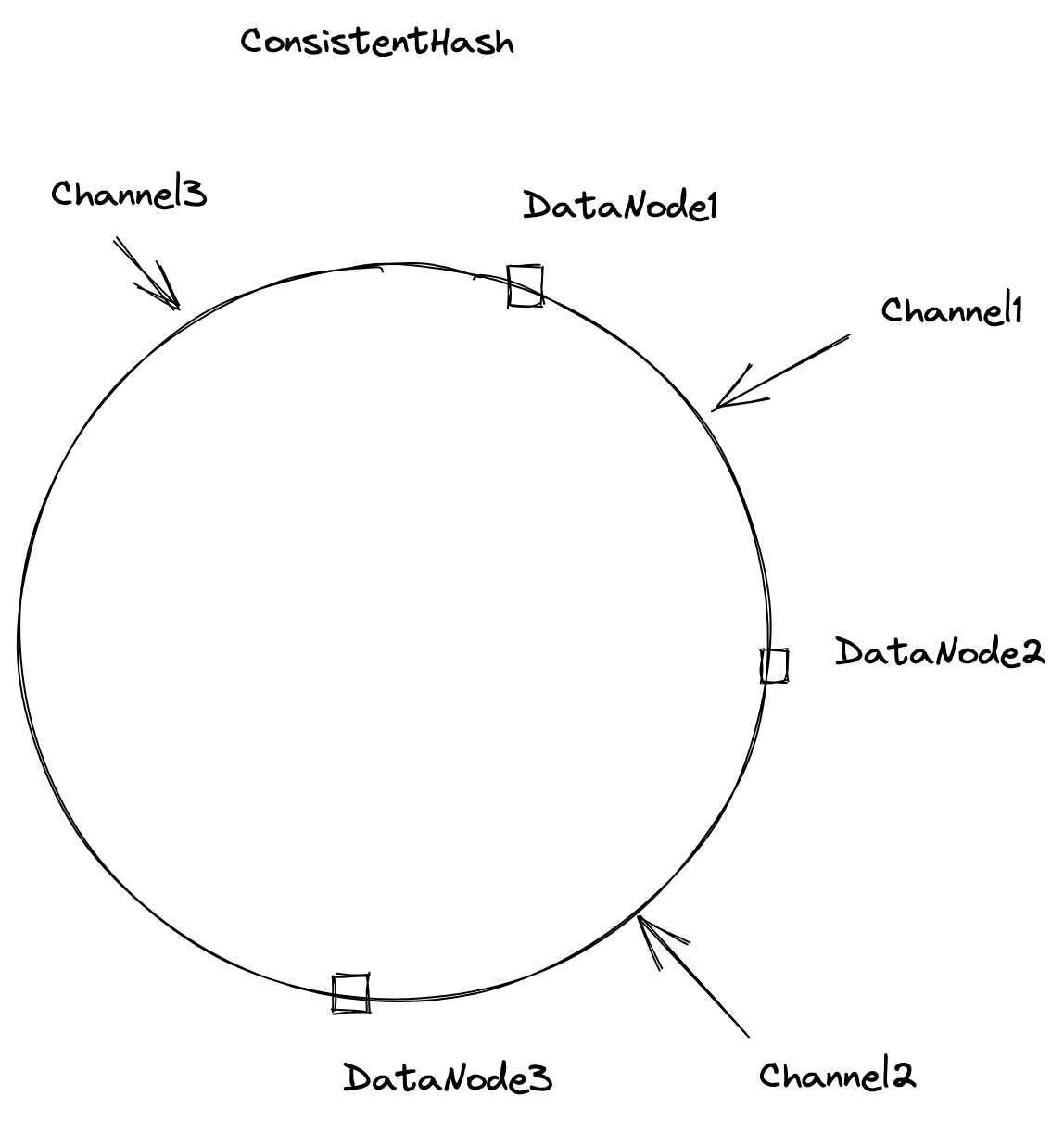 Data allocation: when and how

The process of data allocation starts from the client. It first sends data insertion requests with a timestamp t1 to proxy. Then the proxy sends a request to data coord for segment allocation.

Subsequently, the data coord returns the information of the allocated segment (including segment ID, number of rows, expiry time t2, etc.) to the proxy. The proxy sends such information of the allocated segment to message store so that these information are properly recorded. Note that the value of t1 must be smaller than that of t2. The default value of t2 is 2,000 millisecond and it can be changed by configuring the parameter segment.assignmentExpiration in the data_coord.yaml file. 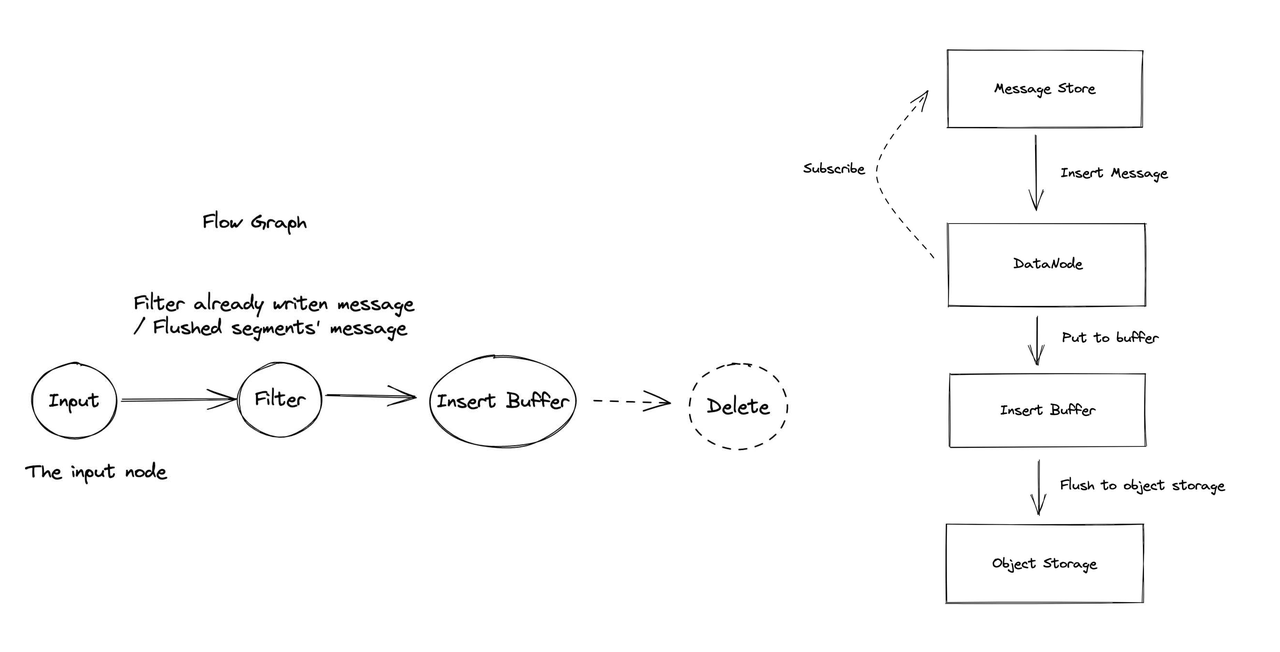 The binlog file structure in Milvus is similar to that in MySQL. Binlog is used to serve two functions: data recovery and index building.

A binlog contains many events. Each event has an event header and event data.

Metadata including binlog creation time, write node ID, event length, and NextPosition (offset of the next event), etc. are written in the event header.

Event data can be divided into two parts: fixed and variable.

The fixed part in the event data of an INSERT_EVENT contains StartTimestamp, EndTimestamp, and reserved.

The variable part in fact stores inserted data. The insert data are sequenced into the format of parquet and stored in this file.

If there are multiple columns in schema, Milvus will store binlogs in columns.