Learn about the underlying mechanism of real-time query in Milvus. 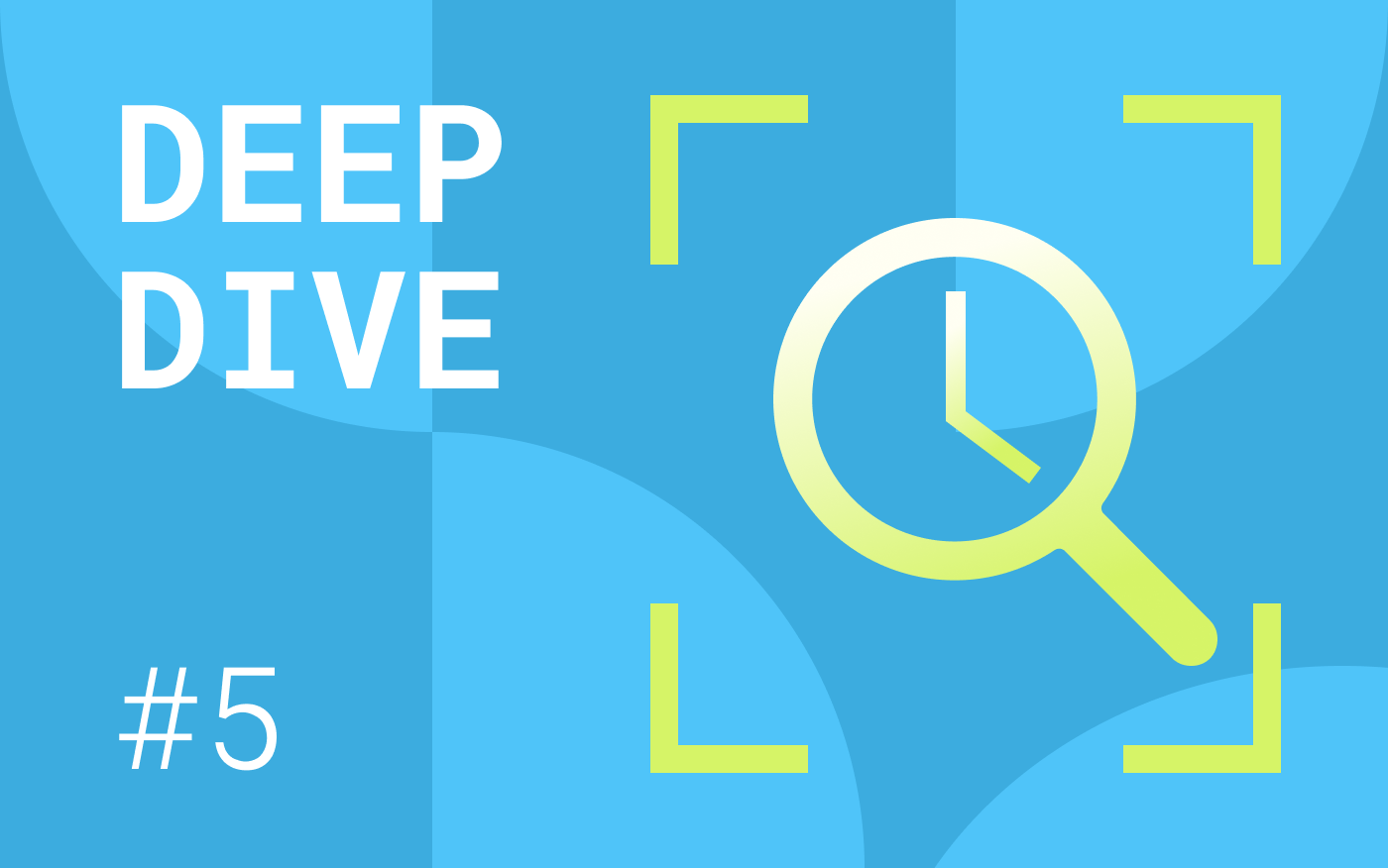 This article is written by Xi Ge and transcreated by Angela Ni.

In the previous post, we have talked about data insertion and data persistence in Milvus. In this article, we will continue to explain how different components in Milvus interact with each other to complete real-time data query.

Some useful resources before getting started are listed below. We recommend reading them first to better understand the topic in this post.

Before a query is executed, the data has to be loaded to the query nodes first.

There are two types of data that are loaded to query node: streaming data from log broker, and historical data from object storage (also called persistent storage below). 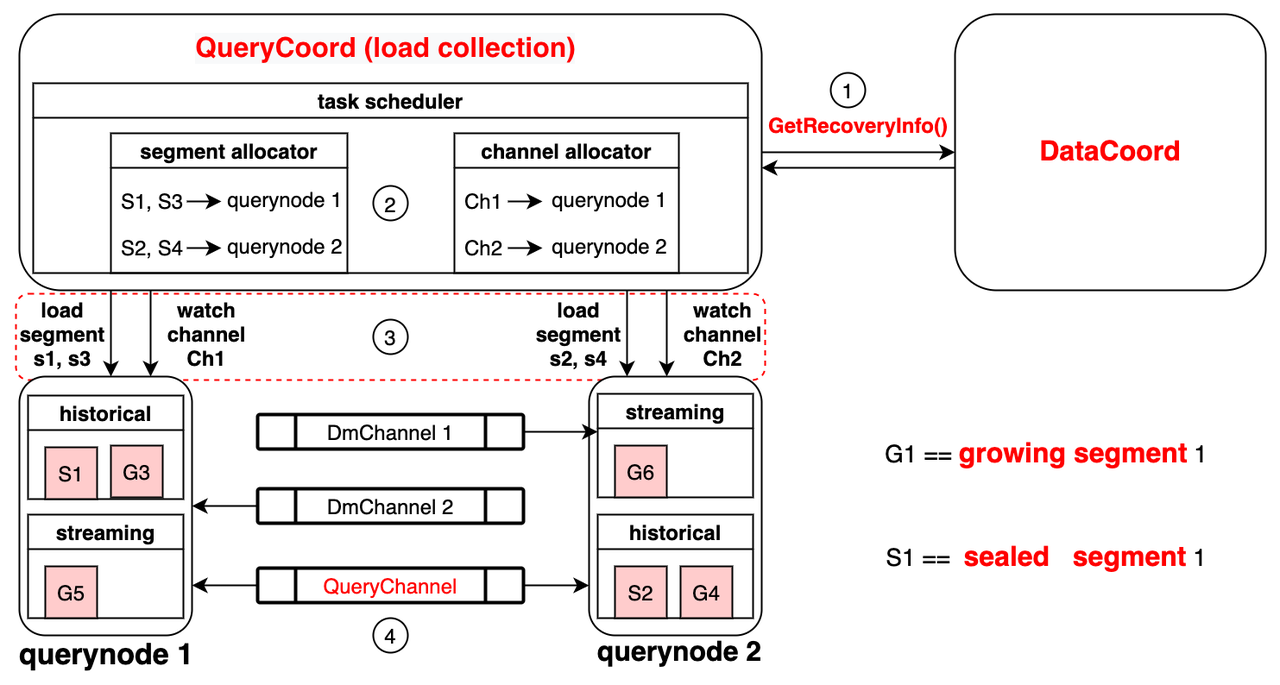 Data coord is in charge of handling streaming data that are continuously inserted into Milvus. When a Milvus user calls collection.load() to load a collection, query coord will inquire the data coord to learn which segments have been persisted in storage and their corresponding checkpoints. A checkpoint is a mark to signify that persisted segments before the checkpoints are consumed while those after the checkpoint are not.

With the allocation strategy, each query node loads segment data and watch the channels accordingly. In query node 1 in the image, historical data (batch data), are loaded via the allocated S1 and S3 from persistent storage. In the meanwhile, query node 1 loads incremental data (streaming data) by subscribing to channel 1 in log broker. 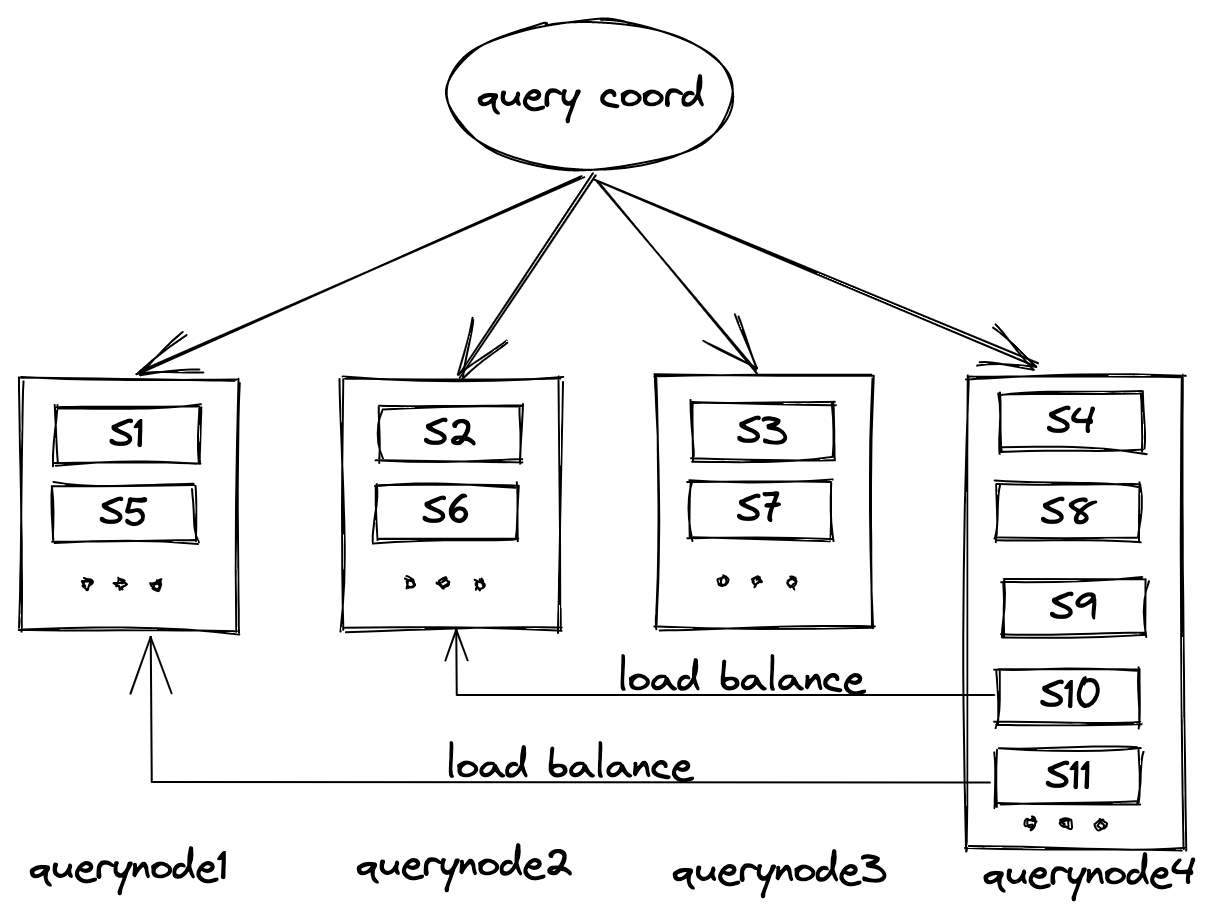 For instance, as shown in the illustration, query node 4 has been allocated more sealed segments than the rest of the query nodes. Very likely, this will make query node 4 the bottleneck that slows down the whole query process. To solve this issue, the system needs to allocate several segments in query node 4 to other query nodes. This is called load balance. 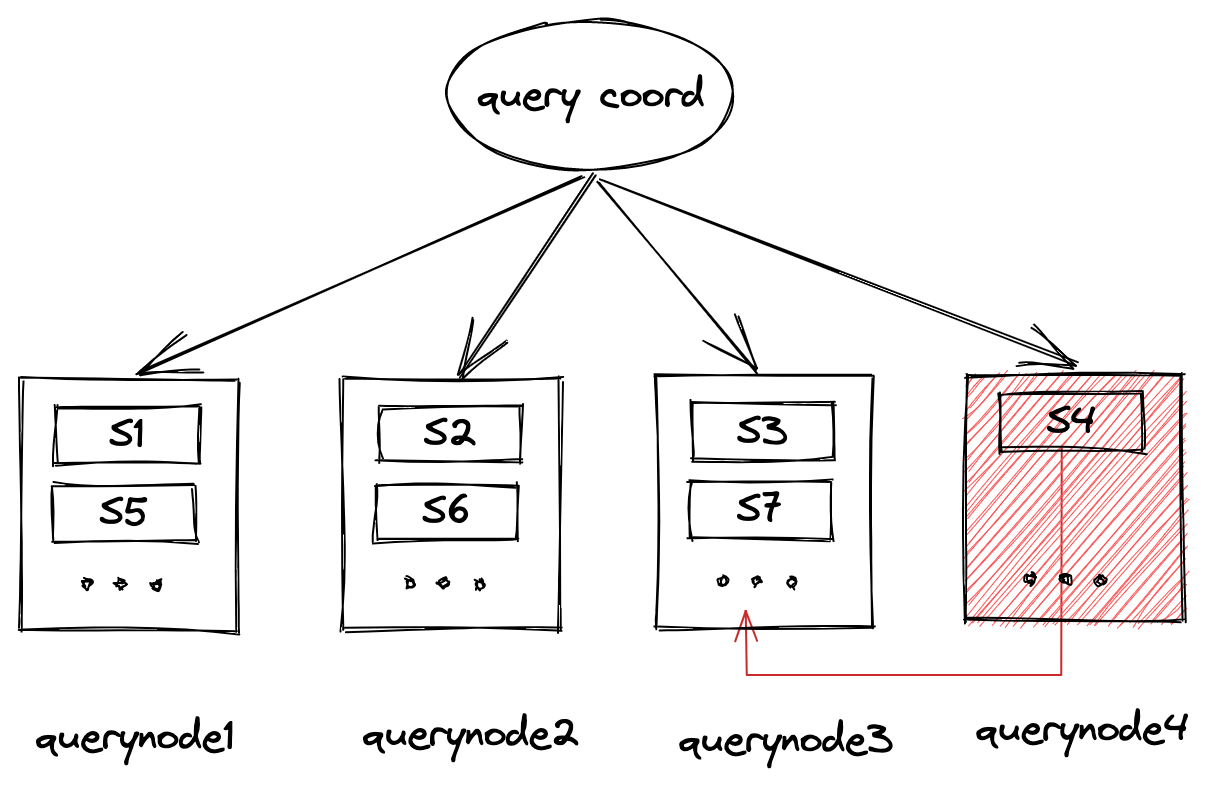 Another possible situation is illustrated in the image above. One of the nodes, query node 4, is suddenly down. In this case, the load (segments allocated to query node 4) needs to be transferred to other working query nodes to ensure the accuracy of query results.

Query node watches DMChannels to receive incremental data. Flowgraph is introduced in this process. It first filters all the data insertion messages. This is to ensure that only data in a specified partition is loaded. Each collection in Milvus has a corresponding channel, which is shared by all partitions in that collection. Therefore, a flowgraph is needed for filtering inserted data if a Milvus user only needs to load data in a certain partition. Otherwise, data in all partitions in the collection will be loaded to query node.

After being filtered, the incremental data are inserted into growing segments, and further passed on to server time nodes.

The server time node provides an updated tsafe value every time it receives a timetick from the insert node. tsafe means safety time, and all data inserted before this point of time can be queried. Take an example, if tsafe = 9, inserted data with timestamps smaller than 9 can all be queried. 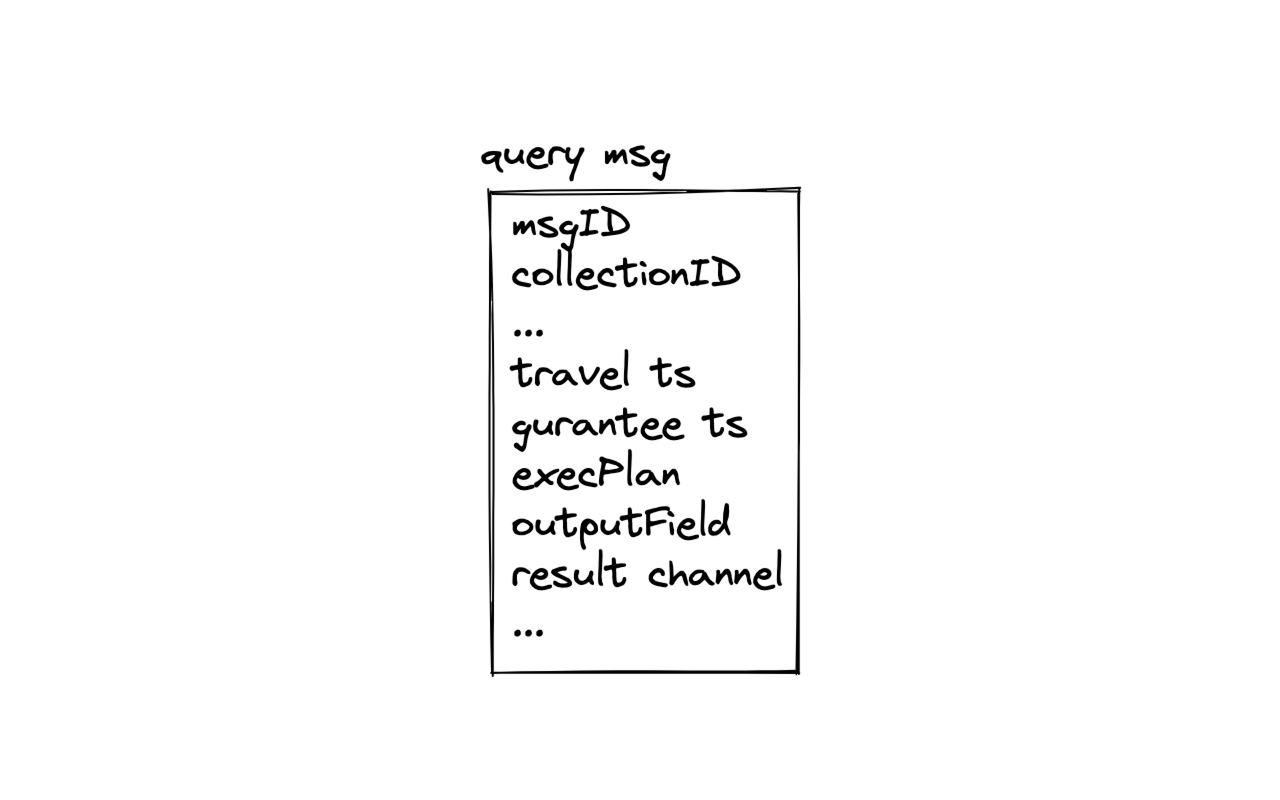 A query message includes the following crucial information about a query: 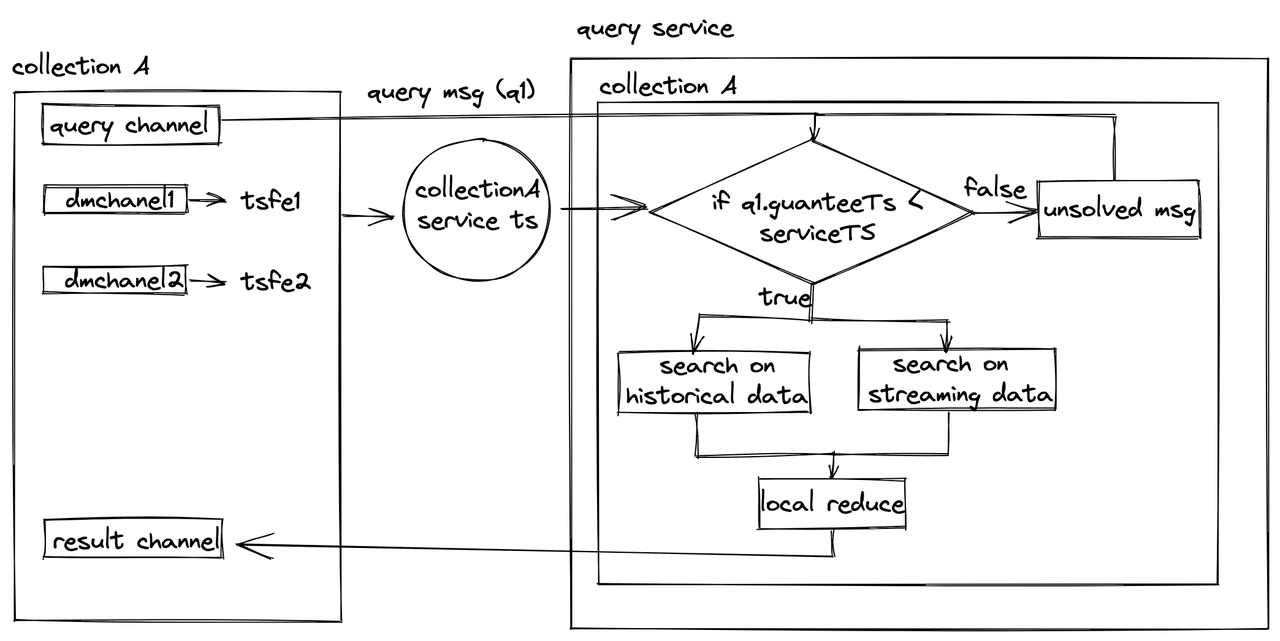 When a query message is received, Milvus first judges if the current service time, service_ts, is larger than the guarantee timestamp, guarantee_ts, in the query message. If yes, the query will be executed. Query will be conducted in parallel on both historical data and incremental data. Since there can be an overlap of data between streaming data and batch data , an action called "local reduce" is needed to filter out the redundant query results.

Ultimately, proxy returns the final results after "global reduce" to the Milvus SDK.